Greek music has oriental roots, it is a combination of ancient and Byzantine music. Greek folk music began to take shape in the 9th century BC. However, Greek music was most influenced by Turkish rule, during which ordinary people sang songs about the resistance. 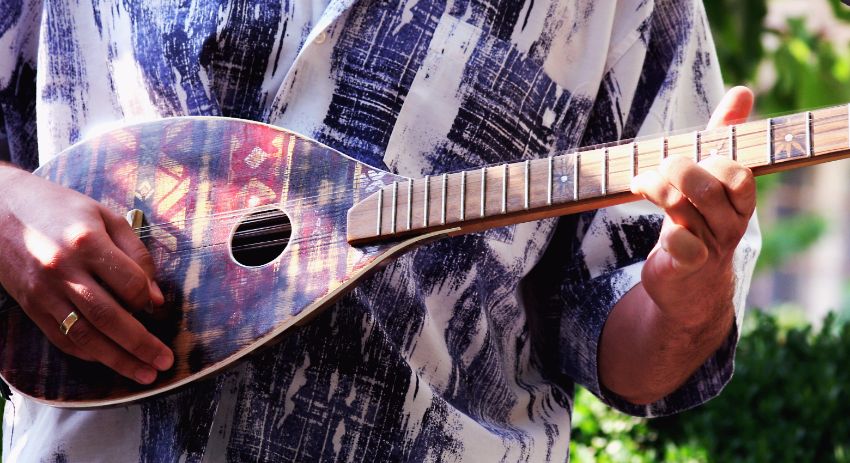 These have been preserved to this day and form a substantial part of Greek folk music, they are called kleftika tragoudia. This is especially true for mainland Greece. The most commonly used instruments are the clarinet and various types of mandolins. However, the music on the mainland is very diverse, each region is something specific. Melodic songs are more typical for the Greek islands. The clarinet is not used, but the violin plays a major role. There are dances here Syrtos, Sousta or Pidichtos. Island songs are called Nisiotika tragoudia. In Pontos, one of the Greek regions, rebel songs predominate. Their dances are very animalistic and wild. Well-known Pontic dances are Chalai, Tik, Dipat, Trigona and Syrtos. Oriental mandolins, drums, flutes and whistles also predominate among musical instruments.

Of course, Greek music continued to evolve, and at the beginning of the twentieth century we saw a great shift. The most famous musical style is Rembetiko. It was founded in the twenties of the twentieth century. It's like Greek blues. It originates in Asia Minor. It originated in a region where they had problems with work at the beginning of the last century, and at the same time crime increased. People began to meet in the clubs that became the birthplace of Rembetik. People there sang about social problems, poverty or drugs. The lyrics were often ironic. The most famous rembetis, the singer rembetiko was definitely Markos Vamvakaris, a native of the island of Syros, who sang in Piraeus and Athens.

A characteristic instrument is the buzzer strumming instrument. Rembetics often enjoyed alcohol and drugs, and many songs were written in prison. The songs are very sensitive and are mostly characterized by ideas that appealed to ordinary people at the time. It has survived to this day and is still one of the most popular musical styles in Greece. This style is characteristic of the lower strata of the population. That is why he was condemned by senior people in society. It was even banned in the 1940s. However, this failed to stop its development. On the contrary, it banned the most flavors and just during the period of banning it gained the most fans. Today, he focuses mainly on this style Giorgos Dalaras.

Another interesting style is layman (in translation: folk). It is not entirely clear how it originated, but it has a common ground with rembrat. It was formed after the popularization of Buzuka. It is also oriental, but combines several styles. He is also influenced by Italian music. Laika became popular mainly thanks to the film. Thanks to this, the layman is also known as tourist music. It is played in various hotels and especially for tourists. Some of their singers, such as Dalida, are known around the world. Lay music is still the most popular style of music in Greece.

Tsisfeteli is another of the famous musical styles that came to Greece from the Lesser Asian Greeks. He is accompanied by belly dancers and this style is also popular with tourists. It was created by modernizing the traditional Anatolian (Greek, Turkish, Armenian) style of čiftetel. The songs are played on today Buzuki. Well-known composers are Tasos Bougas, who was especially popular in the 80's.