Warning: "continue" targeting switch is equivalent to "break". Did you mean to use "continue 2"? in /disk_1/www/top/grecko/www/wp-content/plugins/seo-ultimate/modules/class.su-module.php on line 1195
 Peninsula Attica Top | Holidays in Greece
Skip to content
Daily updated offers of holidays, tickets and last minute trips to Greece.
Links

Greece is a beautiful and very popular country for holidaymakers. The Attica peninsula is worth visiting not only because of the capital Athens, but also other smaller cities that will enchant you as well as Greek nature, the sea and the beaches. 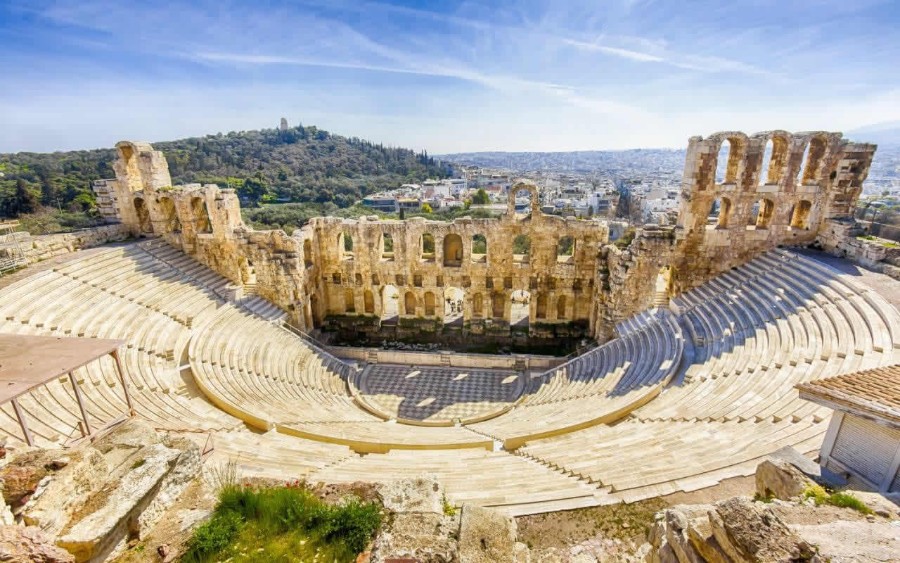 Attica is located in the southern part of Greece and the area of the peninsula, which is surrounded by the Aegean Sea is 3,808 km2. This area is sought after not only because of its sandy beaches and clear sea, but mainly because of its rich history. The big attraction is, of course the capital of Greece - Athens.

Of course, the attic offers tourists much more and especially it is a place to relax an unforgettable holiday. As it is a popular holiday destination, top hotels and resorts, restaurants with local specialties, cafes, nightclubs, larger and smaller shops and of course many water attractions and sports for children and adults await you here. 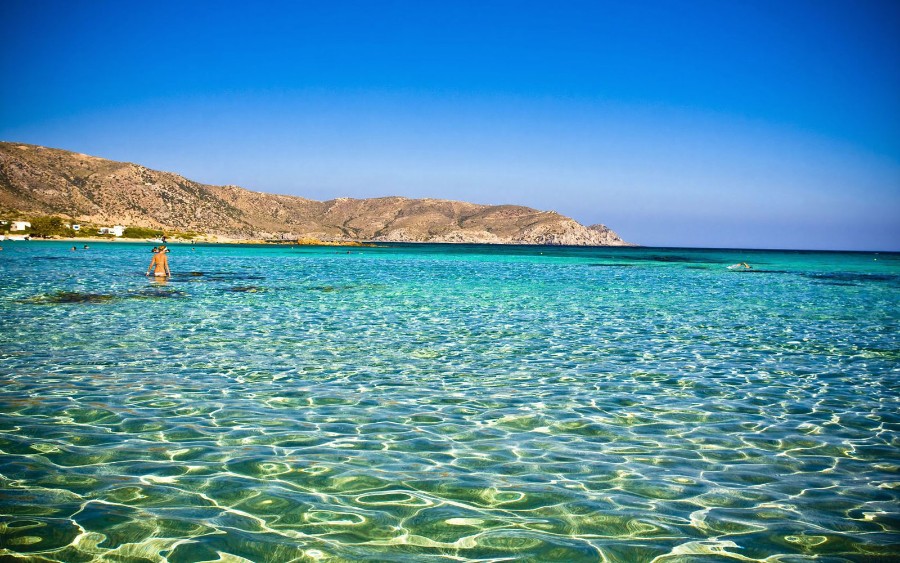 Attica has a long and rich history, with the first Greeks to settle here being the Achaeans in 3-4 thousand years before Christ. Later, a tribe of Ions appeared and united with the Achaeans. The peninsula has also witnessed several important battles of the Greco-Persian wars, such as the Battle of the Marathon or the Battle of Salamis. For a time in the 4th century, Attica was also ruled by King Philip of Macedonia and his now famous son Alexander the Great. It was also an important cultural place for the Romans and Caesar, who planned to cut out the Corinth Canal, but unfortunately came his unexpected death. Greece has experienced both beautiful and non-beautiful times during its history, after all the important events and personalities, there are still monuments that we can admire today.

The attic is really full of interesting monuments and so we will mention the most important and most popular. First of all, it is definitely necessary to visit Athens, which is nevertheless the cradle of democracy, and it is almost impossible to avoid monuments and important places. No tourist should get around Parthenon, which was dedicated to the goddess Athens. It has been dilapidated since 447 BC when it was built on the Acropolis, but its ruins still stand there today and it is worth seeing them. However, the Acropolis has several exceptional monuments. You can also admire the ruins of the temple dedicated to Zeus, Hadrian's Arch, which formed the border between the Roman part of Athens and ancient Athens, but also the ancient stadium, which is now slightly improved. The Acropolis is an ideal place for those who want to relax from the noise of the city and enjoy the beautiful views of the sea and the harbor.

Small but no less famous is the city of Marathon, which has about 9,000 inhabitants. It became famous Battle of the Marathon in which the Greeks, resp. The Athenians defeated the Persians and King Dareios. In honor of Feidippides, who ran to announce this good news to Athens and Sparta, a marathon is being run today. 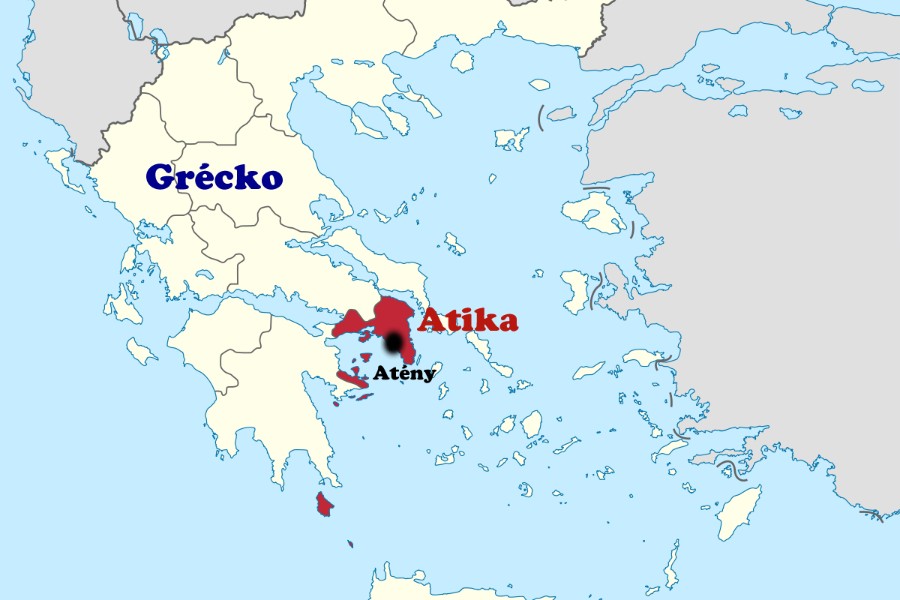 There are many pleasant beaches on Attica and most of them are sandy. Of course, there are popular beaches with many attractions, which are often crowded in the season, but also quieter places for swimming. Crystal clear water can be found, for example, on the smaller beach of Agios, near the village of Agia Pelaga in the northeastern part of Attica is the smaller quiet beach of Kakia Laggada. The beaches of Lagonissi or Asteria offer more traffic and services for holidaymakers.

About 10 km from Athens is the beach Votsalakia, which is one of the most popular in the area and therefore one of the busiest during the summer season. The beach has a rocky shore, clear water and there are several shops and businesses alongside it. An interesting place is definitely Vouliagmeni Lake. It is not a beach by the sea, but a lake whose water has healing effects. But here you will also find classic beach equipment such as snacks, parasols and sun loungers. The 12 m deep lake with water from an underground spring lies about 22 km from Athens. 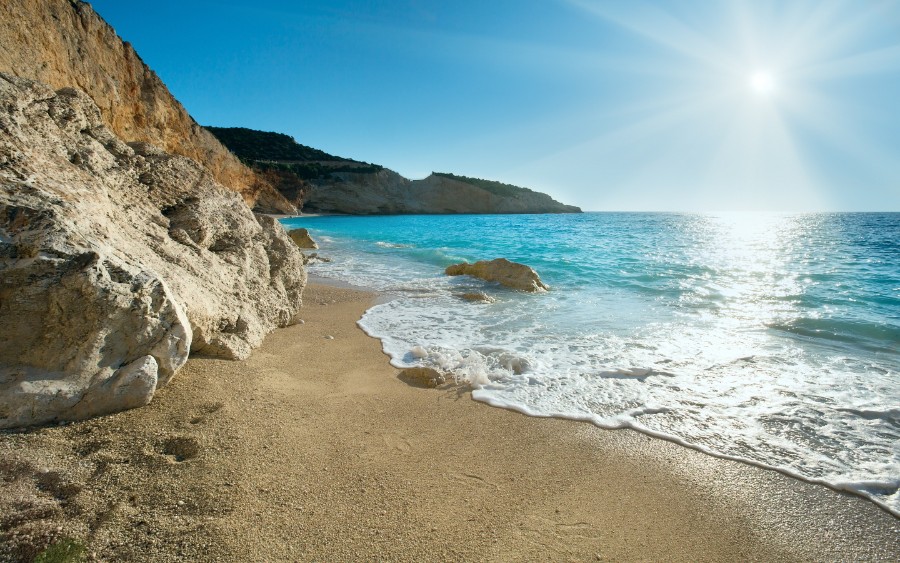 The warmest and most stable weather in Attica is, of course, during the summer holidays, ie in July and August. Air temperatures reach up to 34-35 ° C, the sea has a very pleasant 25 ° C. But if you want to avoid the crowded beaches and crowds of tourists around the sights, visit Attica in May or June. During this period, the air temperatures are already at the level of 25-30 ° C and you can swim in the sea, the temperature of which is about 20-21 ° C, which should not be a problem.

You can spend a sunny and warm holiday here even during September, when the temperatures are very close to the August one. If you are more interested in monuments, the beauty of the surroundings and you do not suffer too much for sunbathing and swimming, nice weather with pleasant temperatures awaits you here before the season in April and May, and after the season in October. For anyone who wants to relax on a sandy beach, but also enjoy the nightlife and be thrilled by the historic and fascinating places, the Attica peninsula is an ideal choice.