Warning: "continue" targeting switch is equivalent to "break". Did you mean to use "continue 2"? in /disk_1/www/top/grecko/www/wp-content/plugins/seo-ultimate/modules/class.su-module.php on line 1195
 Alonissos Marine Park Top Holidays in Greece
Skip to content
Daily updated offers of holidays, tickets and last minute trips to Greece.
Links

Alonissos National Marine Park is located in the Northern Sporades region. It is the first marine park in the country and is also the largest in Europe. Its history dates back to 1986, the area of the marine protected area is approximately 2,260 km2. In addition to the marine parts, Alonissos Park also occupies six small islands, namely Peristera, Kyra Panagia, Gioura, Psathura, Piperi and Skantzoura, as well as 22 uninhabited islets and rocky cliffs. 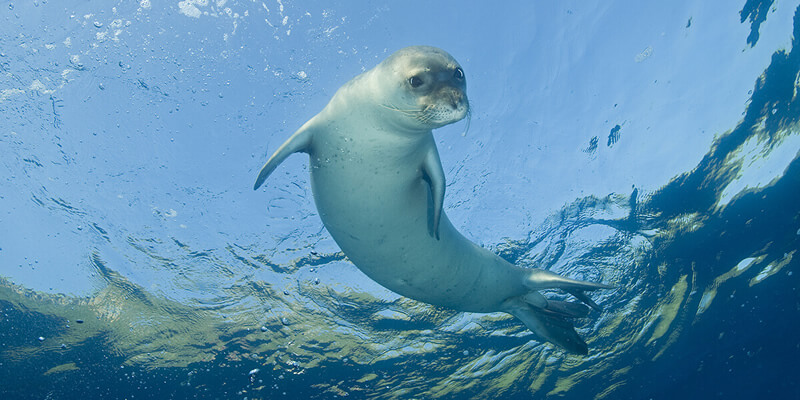 The nature in this reservation is typically Mediterranean. The coast is lined with conifers and macchias (dry shrubs), but there are also oaks or always green trees of wild olive or eucalyptus. The seabed is again dotted with seagrass - Poseidonia oceanic, which creates a suitable environment for the formation of other microorganisms and participates in the life cycle in the oceans and seas.

The park provides a home for many species of fish, birds, reptiles and mammals. The most famous include the monk seal, the red coral, the island falcon or the wild goat. Several species of dolphins and whales clearly belong to the aquatic fauna of this park.

In this untouched nature, the already mentioned Mediterranean monk seal (lat. Monachus Monachus). The name of the monk seal is said to be derived from the fact that these seals are rather solitary and do not live in large groups, they do not like a busy environment and therefore hide in caves. The monk seal lives around the Greek coast, in the Aegean Sea and a few specimens also occur around the Tunisian and Algerian coasts.

(The beauties of the island are unforgettable)

It is estimated that only about 400 individuals currently live in the Mediterranean, making this seal one of the most endangered species in the world. It differs from other seals in that it has claws on its fins, it moves more deftly on land, it can stay on rocks and cliffs. In addition to the growing tourism, tourists and motor boats, another creature is the shark's creature. The monk seal was the first protected species in Alonissos Park.