The Greek island of Santorini (more commonly known as Santorini) or the island of Thera (a name from the Middle Ages) lies in the Cyclades archipelago, on the border of the Aegean and Cretan Seas. Santorini is considered the most beautiful, the most romantic, the most interesting, but also one of the most expensive islands in Greece.

It lies about 110 kilometers north of the island of Crete and about 200 kilometers south of Athens. The island is a remnant of a volcanic island, the central part of which was destroyed by an eruption in about 1600 BC. This explosion was so powerful that it was attributed to the demise of Minoan culture and also led to the legend of the demise of Atlantis. 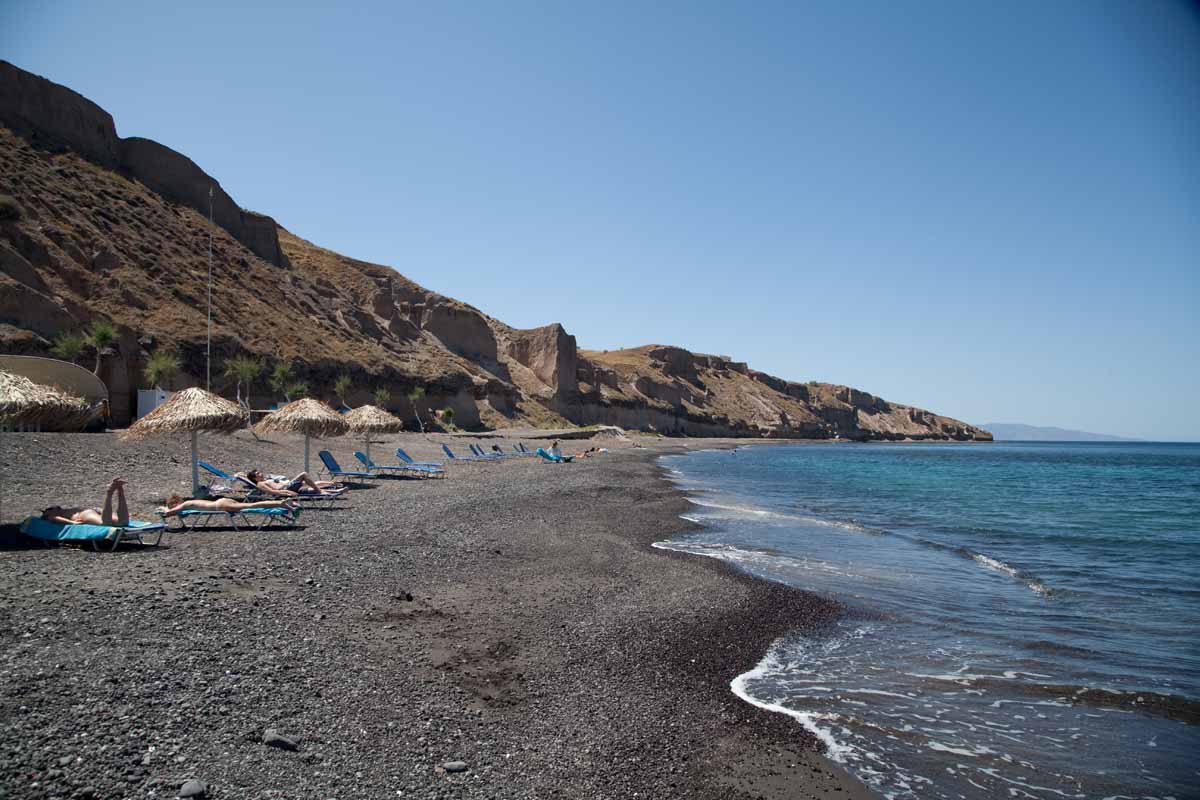 The whole island is characterized by the typical architecture of white houses, churches with blue roofs, narrow steep streets and beautiful views of the sea, which sometimes look like photographs. The island is full of small hotels and guesthouses, cafes, restaurants and small wine bars, where the locals will be happy to offer you homemade wine and appetizers. 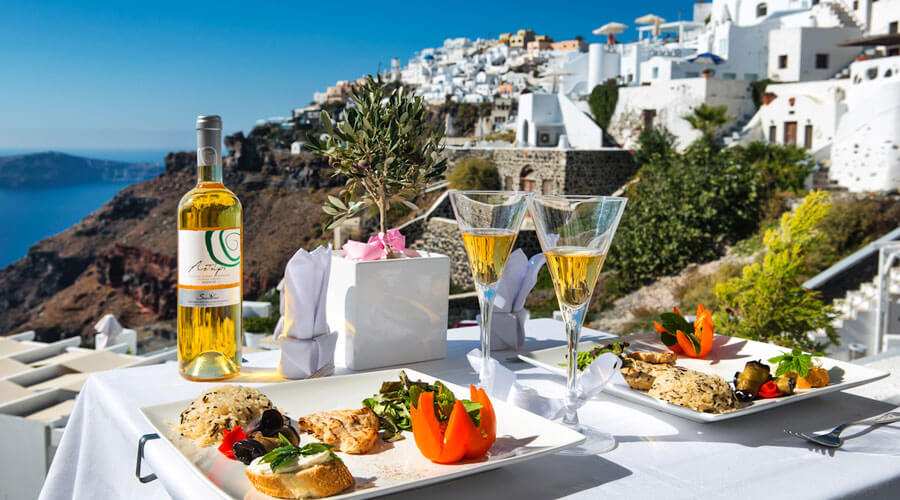 (The kitchen on the island will enchant you)

Of course, there is a rich historical heritage, as on all Greek islands. Of interest are the Delta Complex, which consists of four rooms, the walls of the eastern room are painted with frescoes depicting lilies and swallows. Very well-preserved stone and bronze tools and vessels were found in the building. 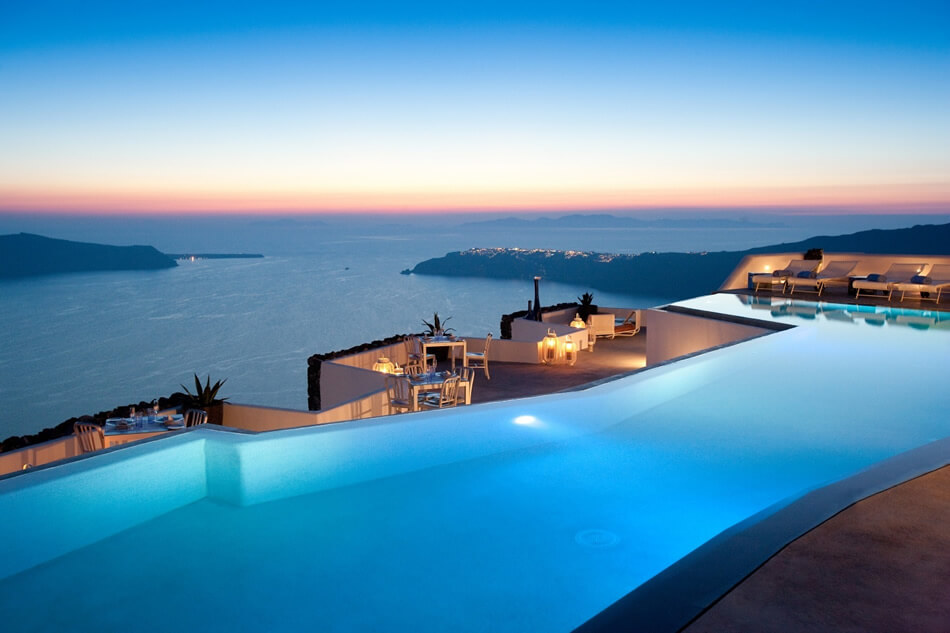 (Services on the island of Santorini are per unit)

The island is also an attraction for holidaymakers from the surrounding islands, who visit it during one-day optional boat trips. When sailing to the island, you have the impression that you are entering the crater of a volcano, which is actually true. Tourists can relax while walking on the black sand, which is a remnant and a reminder of the eruption of a volcano that destroyed the island. All these attractions make the island a crowded and quite expensive destination in the summer months. However, it still has its charm and sunsets very quickly conjure up a romantic mood. 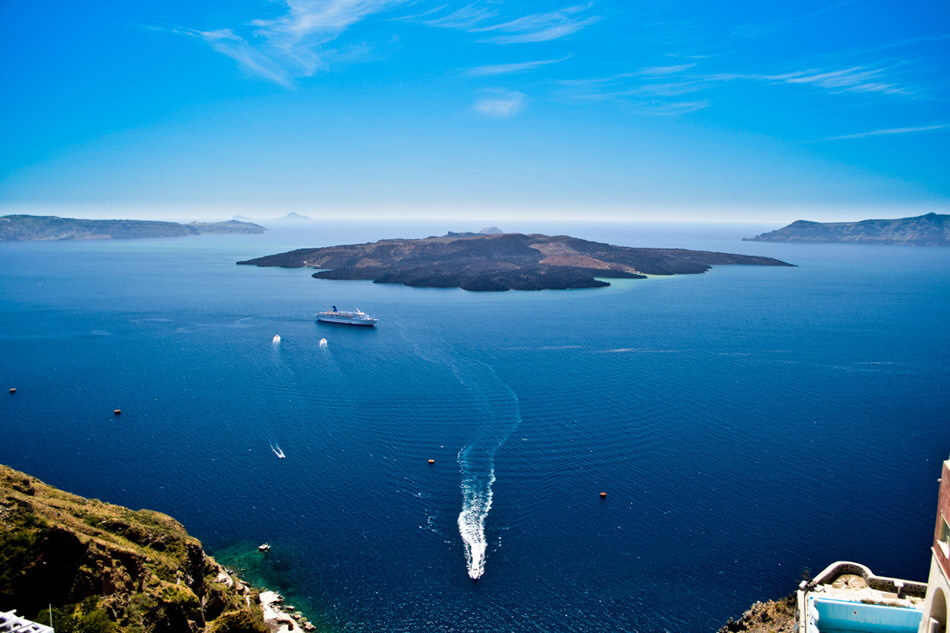 For those who do not like high temperatures, they can visit the destination in spring or autumn, when it is more affordable and at the end of May you can even swim in the sea. In winter, most locals leave for the Greek mainland.