A Greek island that will never go out of style. Even so, it can be called a pearl Ionian Sea, Corfu island. Corfu is also called the "always green" island, because it is not a classic Greek island, which is constantly arid due to tropical heat, but there is green vegetation even during the hot summer. It is the northernmost Greek island.

Thanks to its amazing location, long sandy beaches, crystal clear sea, colorful oleander, historical monuments, it is rightly called the jewel of Greece, which will never lose its luster. It is suitable for young couples, families with children and seniors. Everyone will find what they want there. It is a peaceful island where you can relax, have fun and even get to know each other.

(Beaches on the island of Corfu are unforgettable)

The most visited among tourists is the eastern side of the island, where the most beautiful and busiest resorts are located. This is where tourists and tourist attractions are concentrated. The capital of Kerkyra abounds in many historical monuments, captivated hotels, narrow streets and the smell of lavender and oleanders everywhere. Corfu is a relatively small island and especially the west coast is less populated, but hides unspoiled nature, beautiful several kilometers long sandy beaches, quiet and warm sea. 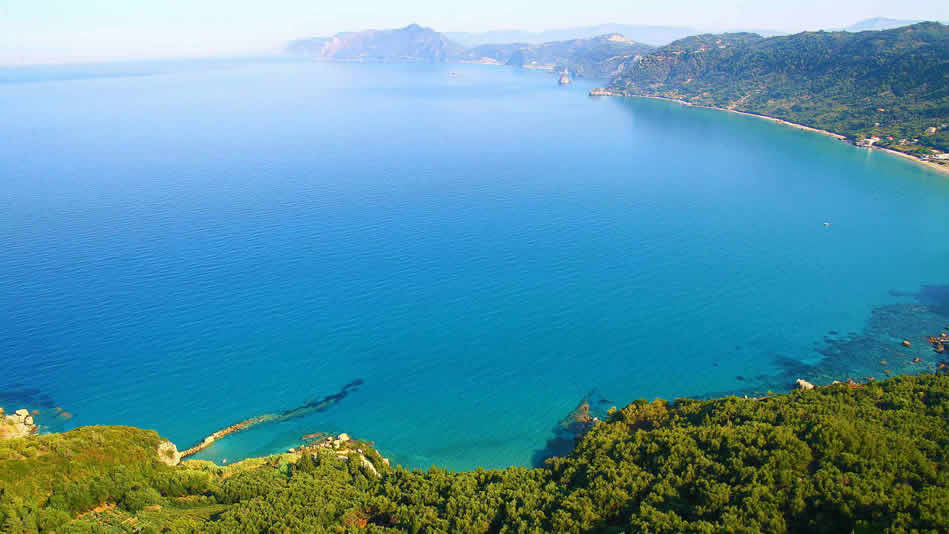 (The western part of Corfu has its charm)

Top tourist destinations are Sidari, Kerkyra, Moraitika, Messonghi, Paleokastritsa, Lefkimmi, Agios Georgios, Agios Gordios, Benitses. Each of these towns hides many romantic nooks, taverns, relaxation and much more. Smaller accommodation facilities are typical, as well as large and rich hotels along the towns of Moraitika and Messonghi, which attract tourists for their peace and Greek well-being. 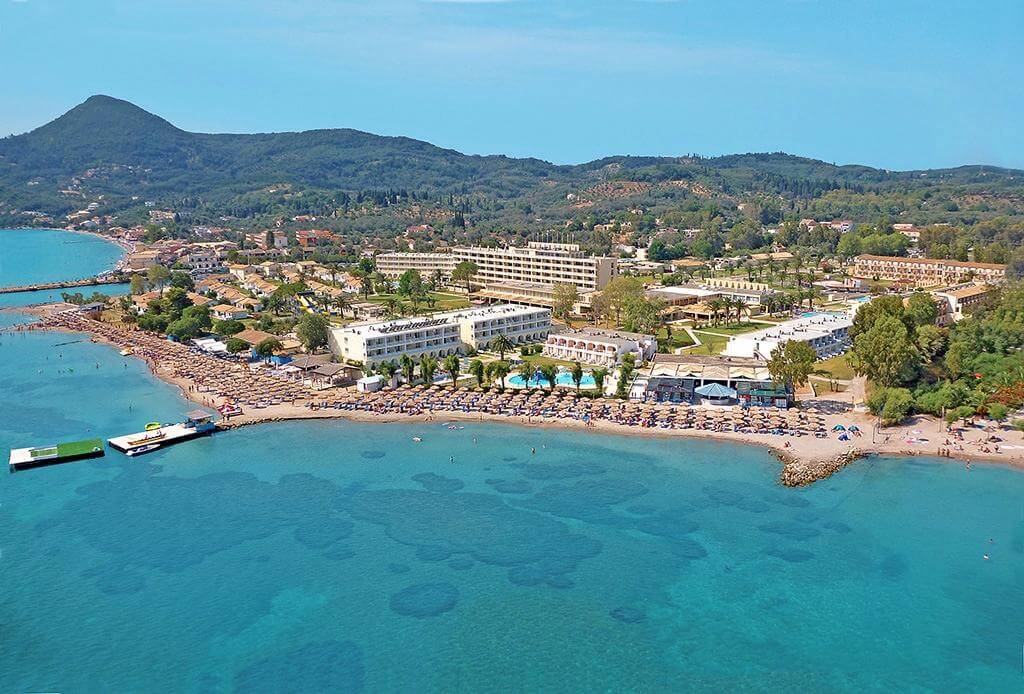 The biggest tourist attractions are the Canal d´Amour in the northernmost town of Sidari. It is said that whoever swims it together will never break up with his partner. Sidari is known for its romantic cliffs and bays. Once you are on the island you must not miss a boat trip to the nearby islands of Paxos and Antipaxos, which are so small that there are not even built any hotel chains. Only clean blue lagoons, unspoiled nature and a handful of locals and private apartments.

The symbol of Corfu is the island of Pontikonisi. If you are lucky, you have the opportunity to see it directly on landing, because the plane flies just over this attraction. An exceptional historical monument on the island is Achilleon, the palace Empress Sissi, which had it built in the 19th century and became its most popular summer residence. There is a mirror hall, a dance hall, the Empress's chambers in their original condition. In the gardens there are many palm trees, a statue of Achilles and from there there is a panoramic and fascinating view of the capital, the surrounding villages and the airport. 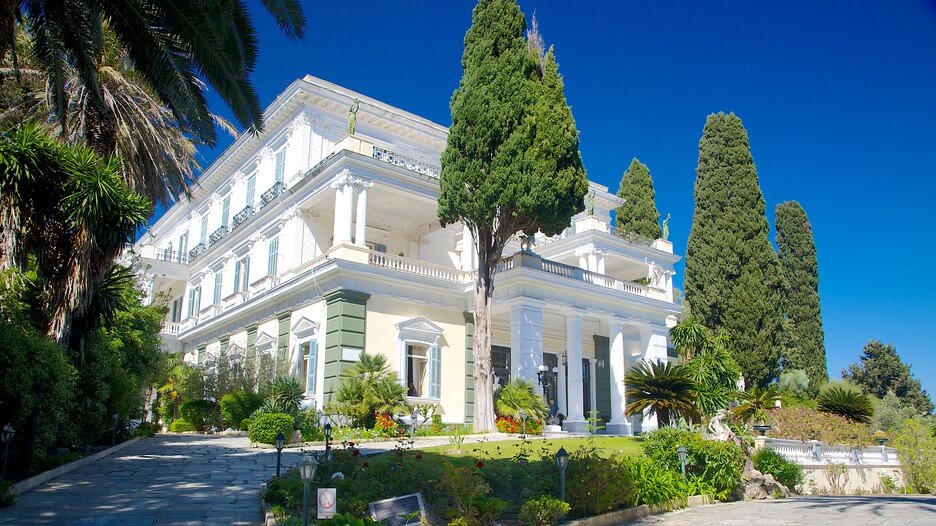 When visiting Corfu, don't forget to visit the capital of Kerkyra, where you can shop in small shops, dine in quality Greek restaurants, taste typical Greek ice cream or listen to Greek songs and relax. This city also lives culturally, because very often Greek evenings are held right on the square. The capital is also famous for its two fortresses, which are located directly at the entrance to the city. They are a symbol that the Turks never managed to conquer this island. Around these ancient fortresses is the opportunity to walk along the promenade along the sea, where you feel like in little Venice. The island is also one of the largest water parks in Europe. 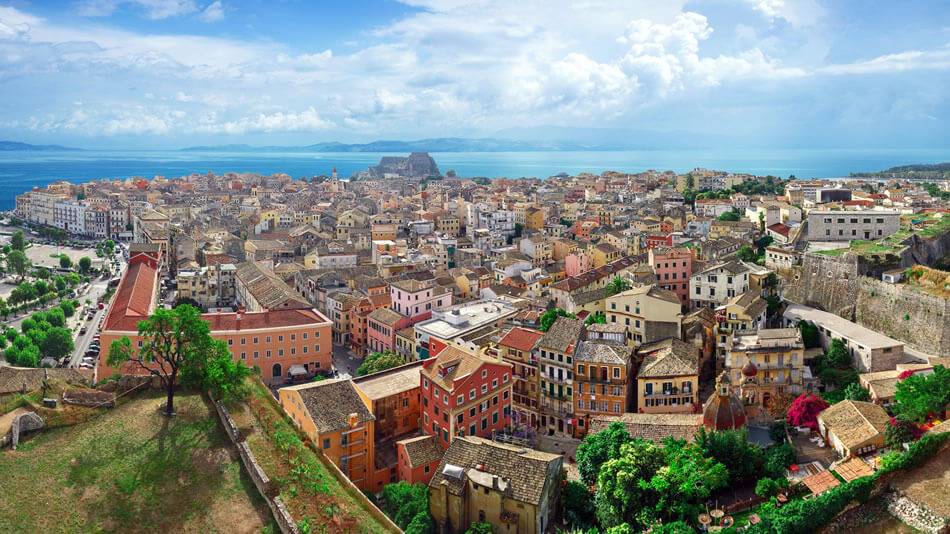 When landing right next to the sea, you may also notice a church that is located near the landing area on the pier that faces the sea. Tourists perceive it as a great attraction and go to see it. From the island, trips are very often made to Albania, which is very close. Corfu is a rare island where you will find your peace, the charm of romance, Greek taverns, cafes, shops, nightclubs and especially Greek well-being and sweet destruction.